Happy strumming! In between dialysis treatments, Ukulele Mike shares his music around the world

When a young Michael Lynch found a dusty ukulele that his sister brought back from Hawaii years earlier and began to teach himself, little did he know what a life-changing moment that was to become. Ukulele Mike has now taught the instrument to thousands of people around the globe. 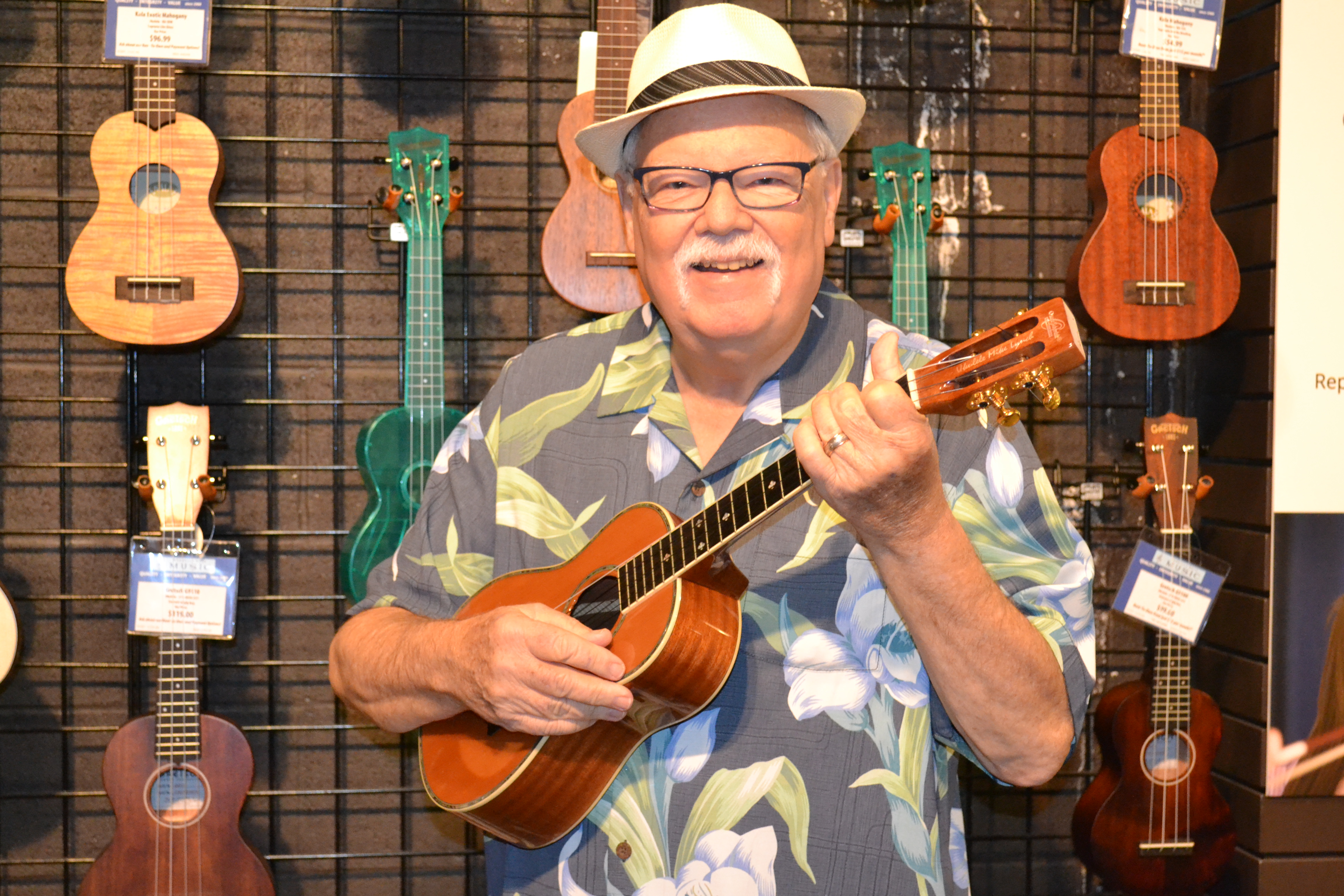 Michael Lynch, known around the world as Ukulele Mike.

As a teacher in the Seattle school district and local private schools, Mike brought the magic of the ukulele to countless school-age children throughout his career. Thanks to his online instruction videos, Mike also has an international following. He now receives videos back from accomplished students in Korea, Japan, New Zealand and around Southeast Asia. They all respond back with different variations of his catchphrase “happy strumming,” which is how he ends each lesson.

Mike started dialysis almost two years ago, but he is still able to write, produce and share his music around the world. He admits his most productive days are his off days, but he’s never allowed his illness to stop him. He’s currently planning a second ukulele cruise, where he and his wife, Collene, teach ukulele to passengers for four or five days at sea, on their way from California to Hawaii. Mike also currently works with musical instrument builder Oscar Schmidt Co., and has developed the Mike Lynch Tenor Ukulele, complete with his signature on the headstock and available for purchase online.