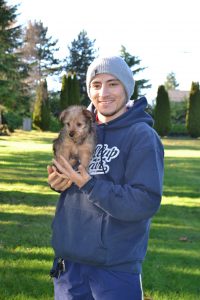 In 2007, 17-year-old Armando Gonzalez Valadez was tired, didn’t have much energy and always felt sick.

Soon after, Armando was diagnosed with kidney failure and started dialysis in the Mount Vernon area. After about six months, he moved to Lynnwood and became a Puget Sound Kidney Centers patient in Mountlake Terrace. His idol, Superman, was proudly displayed on t-shirts he wore to treatment.

Armando’s determination and strong will was evident with him working two— sometimes three—jobs to make ends meet. In 2011, Armando began doing home dialysis treatments five nights per week, which allowed him the ability to juggle work during the day. He also began helping the Mountlake Terrace social workers run a monthly support group that provides education to only Spanish-speaking patients. 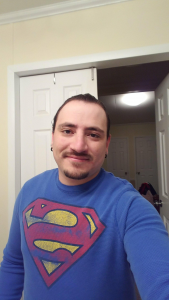 Armando after his kidney transplant.

Not content at just working and living in this country, Armando was passionate about becoming a U.S. citizen. All his hard work and determination paid off in March of 2014 when he finally obtained his citizenship. Then, on December 27 of the same year, he received “the call.” It was his turn for a transplant.

The operation was successful and Armando received what he describes as “The best Christmas present, ever!”

For Armando, life after transplant has only gotten better. Recently, he was promoted to manager of Interstate Batteries, a company that celebrates his transplant anniversary every year with a cake. He has also just purchased his first home and got married.

Armando has shown that not only can Superman “jump tall buildings in a single bound,” he can beat kidney failure too. Like Armando says, “You have to fight through some bad days to earn the best days of your life.”