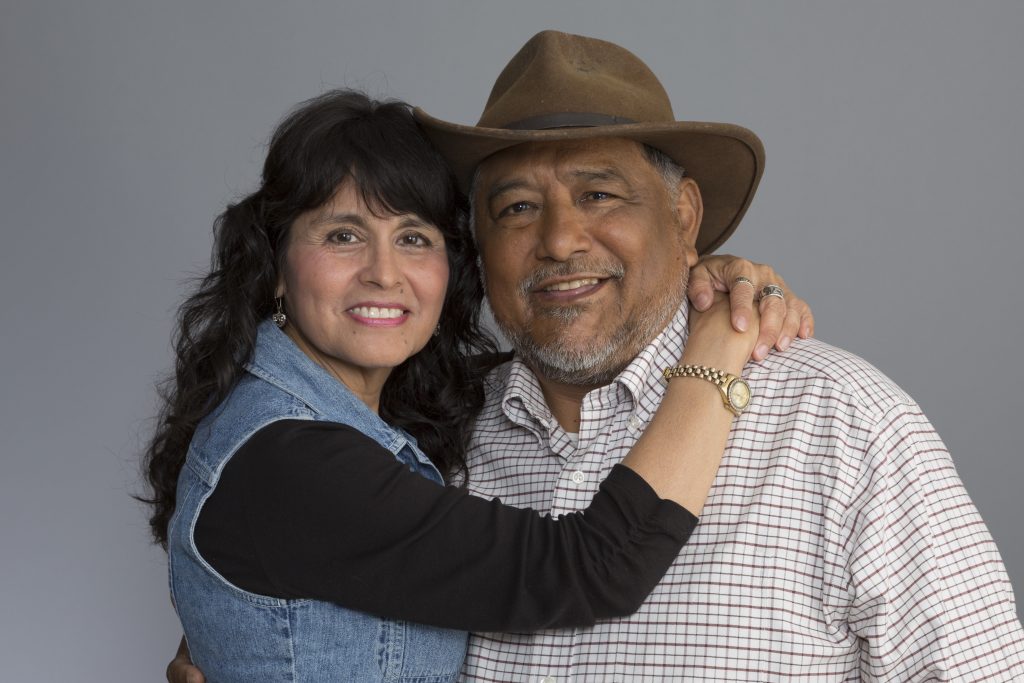 Our patients and their families are our reason for being, and each of them has a story of their own that testifies to the value of our mission in individual lives. Here is the story of one couple’s experience of the PSKC community.

Both born in Austin, Texas, Daniel and Sylvia have a nearly lifelong relationship. In fact, Sylvia vividly remembers the first time she met Daniel.

“I walked into the church talent show holding my mother’s hand and saw this young boy up on stage singing and kicking up his feet dancing to a Righteous Brothers’ song. I just couldn’t stop looking at him.”

She was just five years old.

Daniel and Sylvia eventually found themselves in the same youth group where they began dating.

“I knew right away I wanted to marry her and I put a ring on lay away for two years,” says Daniel.

They married in 1974 and enjoy living in the Pacific Northwest near their daughters and grandchildren.

As a diabetic, when Daniel learned his kidneys were declining and that he would soon be in stage five renal failure, he admits, “I didn’t want to do dialysis. I was going to let myself go,” but he credits his prayer group for encouraging him to fight on. Since then, Daniel has dialyzed many places, but he feels there’s something special about Puget Sound Kidney Centers.

“I’m comfortable at home because no one’s going to care for you like your family, but I have to say I’ve come to feel the same about here. I wish everyone had the level of care that you get at Puget Sound Kidney Centers.”

Sylvia adds, “We have come to feel safe here. To be able to live longer…and be stronger. Had we not had access to dialysis, what would have happened? Dialysis is a miracle.”