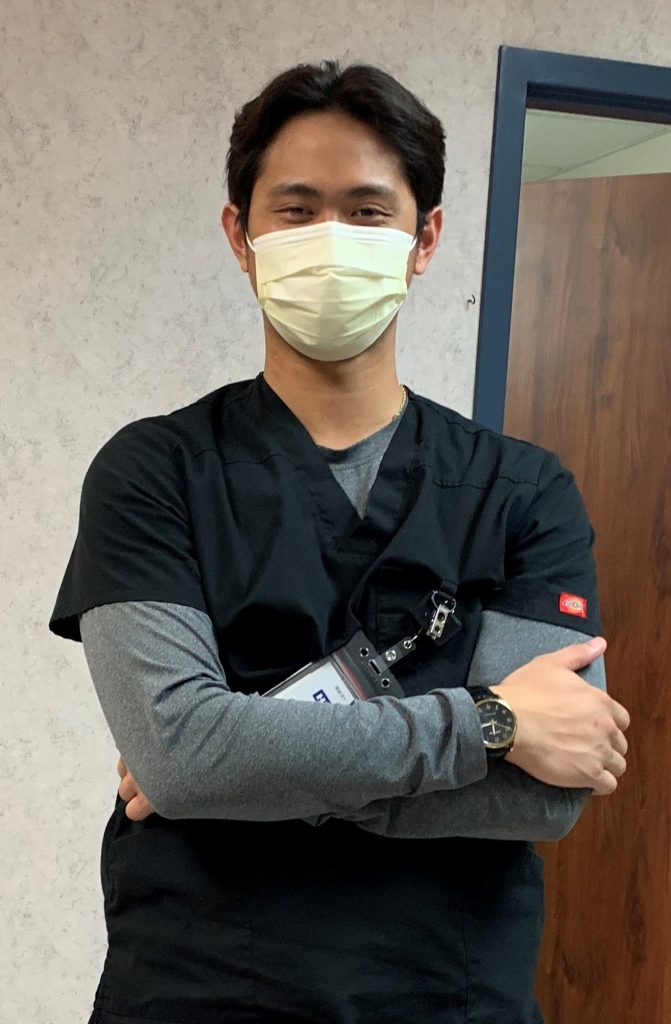 Jacee Numbrado, dialysis tech at the Cogen Center in Bremerton.

At the young age of 18, while living in the Philippines, Jacee Numbrado was diagnosed with glomerular nephritis, resulting in end-stage kidney disease. He had been experiencing gouty arthritis symptoms for a week when he awoke one night with such intense pain, he was taken to the hospital where lab studies revealed a high creatinine level. He was given the choice of treating his condition with medication or starting dialysis. Jacee opted for medication which sadly did not help— he ended up going on dialysis two times a week while living in the Philippines.

Jacee and his family moved to the United States in 2019; he started dialysis at Olympic Peninsula Kidney Center (now Puget Sound Kidney Centers-Cogen Bremerton) that June. Soon after, with the support of clinic staff—who Jacee says “were always positive, made him feel comfortable and hopeful”—Jacee decided to pursue a kidney transplant.

In August 2021, Jacee received a kidney transplant at Virginia Mason. He did well during his weeklong stay in the hospital and was then released for observation at home for a month.

In July 2022, Jacee was hired as a dialysis technician at Puget Sound Kidney Centers-Cogen Bremerton. He is now helping provide care where he himself received care—a true full circle. Jacee wants to bring back what he received as a patient—hope and positivity.

“Every day is a new day and the staff at PSKC made this possible for me,” he says, “so I hope to do the same for patients I care for.”